Last Sunday, the Sharks created an excellent display at Leicester, by running in four tries and offering a continuous attacking threat before edging out 35-27 following a late fight back with the Tigers. 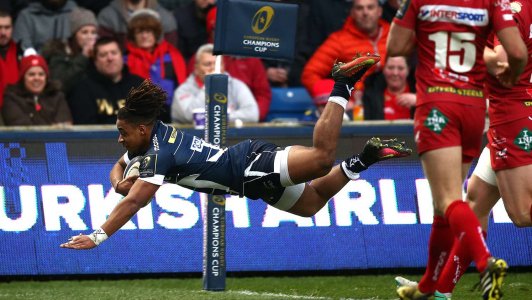 It meant five-point haul rather than the display of Shark at Welford Road, arguably merited; the team instead had to settle bonus point coming from a single try.

However, this weekend back on home soil, the boss of Sale believes if the players of the team can tighten up their discipline and manage to maintain their superb offensive game, then they can’t be stopped to gain their just rewards.

“We are delighted with our attack and also for our defense really, we put ourselves under extreme pressure to minus the penalties that we gave away,” said Steve.

If looked at the team, there are almost all the players who have given penalty away, which is not like us at all.

“Notwithstanding that, I am disappointed probably we didn’t come away with more than one point. That is how it goes, but we did not get any serious injuries and every player is fit for the purpose this week. We have lost against Saracens, Wasps and now the team Leicester who were all in the top four last year. Our form at home has to be good and we face a large challenge with Northampton comes. As Worcester was able to beat Northampton last weekend, so it is not going to be an easy game and we all had to work hard in our respective games.”

The team is good and everyone is well communicated what they have to do, so, we are hoping some best game by the team in the coming days, which will ultimately benefit the team and improve its overall ranking.